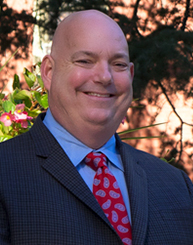 Alex Henson began his tenure as Chief Information Officer at Virginia Commonwealth University in April 2013. As CIO, he is responsible for the delivery of IT services, operation and maintenance of secure technology infrastructure and achievement of the highest level of customer satisfaction. He is also charged with supporting innovation in teaching, learning, research, and scholarship and with long-term technology planning. During his tenure at VCU, Alex has led the development and implementation of information technology strategy and initiatives aligned with VCU’s strategic plan, Quest 2025.

He was previously Chief Operating Officer of IT Services at the University of Chicago. In this role, Alex was responsible for Service Desk and support operations as well as the administrative and financial operations of the central IT organization at the university. In previous roles at Chicago from 1990-97 and after 2001, he led several system implementations; managed student and alumni/development systems; and managed computer retailing operations. Alex has also worked for a Fortune 500 medical device manufacturer and a dot-com. He holds a B.A. in Political Science from the University of Chicago and an M.B.A., with a dual concentration in Marketing and Human Resources Management, from the University of Chicago Booth School of Business.

Colleen Bishop is the Director of Academic Technologies. In this role, she is responsible for overseeing the university's teaching and learning technologies (Blackboard, Echo360, LON-CAPA, Kaltura, and integrated components) and instructional media services (video capturing and production, live streaming, classroom design, and teleconferencing) to support and expand the growth of technologies in VCU classrooms, labs and online. Departments in Academic Technologies include Learning Systems, Labs and Classroom Computing, and Media Support Services: Video Production and Teleconferencing; Engineering and Design; and Classroom Support.

Colleen previously served as the Director of Learning Systems at VCU. In this role, she was responsible for managing the Learning Systems team, delivering a broad range of eLearning applications to the VCU academic community. Her instructional technology experience includes serving as the Coordinator of the Center for Excellence in Instruction at Piedmont Virginia Community College and as the Coordinator for Distance Education, and later as the Coordinator for Technology Training at J. Sargeant Reynolds Community College. She also worked in the private sector as a web course developer and instructional design specialist. She holds a B.A. in Interdisciplinary Studies with a minor in Special Education from Radford University and a Masters of Instructional Technology with a Multi­Media certificate from George Mason University.

Scott has over thirty-five years of progressive technology management experience. He was previously VCU’s Director of Client Services with responsibility for the administrative Help Desk and end-user support. He has also held non-IT positions, including Director of Grants and Contracts Accounting and Director of Financial Management. 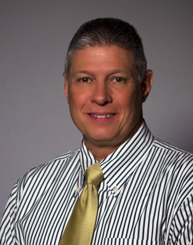 Keith Deane is the Director of Network Services. Keith is responsible for the data network at Virginia Commonwealth University including strategic planning and growth, delivery of bandwidth, managing the infrastructure and cable plant, wired and wireless networks, quality of service for applications such as VoIP and Skype, coordinating network build-out for capital construction projects, and overseeing all day-to-day network operations.

Keith joined VCU in 1984 after a four-year tour in the U.S. Navy, where he was an electronics technician. At VCU, he first worked in the Electronics Department before joining Health Sciences Computing as a cabling technician. Keith was one of the original members of the “networking group” when it was formed in the mid-1990s.

John has over 40 years of experience in Information Technology. He started his career working on IBM mainframes in both applications and systems programming moving into Operations management for a Richmond based Life Insurance Company. Before joining VCU, John worked for a Fortune 500 company responsible for their five data centers and a network comprised of over 1,000 sites located across the country.

He has been working in the UCC since joining VCU in 2009.

John has a B.A. in Economics from Hampton Sydney College. John has completed the ITIL® Foundation Certification in IT Service Management. 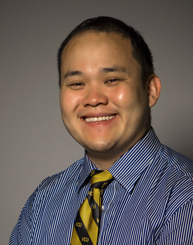 Before joining VCU, Dan worked as an application developer in a large financial institution. He also gained experience with infrastructure design and management in small to medium-sized healthcare organizations. In addition to his professional work, Dan also participates in various local and national information security organizations and advisory boards. Dan has authored courses, lectured, and presented in numerous information security conferences and training events.

Dan holds an M.B.A. and M.S. with concentrations in information technology management and information assurance from Virginia Commonwealth University and has twelve industry-recognized professional certifications in IT and the information security field. 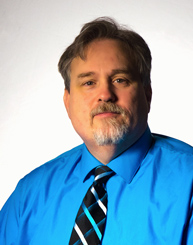 Sam’s higher education experience includes serving as Director of Student Life and Recreation at Randolph-Macon College in Ashland, Virginia. Before returning to higher education, Sam served as an account executive with a satellite infotainment business based at the Studios of Los Colinas in Irving, Texas. Sam is a member of Omicron Delta Kappa national leadership honor society and has served on VCU Appeals Board, VCU Safety Committee, and as a member of the VCU Staff Senate. Sam has also presented sessions at various conferences, including the Association of Collegiate Computing Services of Virginia conference.

Sam holds an M.S. in Organizational Communications and a B.S. in Business Administration from Murray State University. Sam also has completed the ITIL® Foundation Certification in IT Service Management. 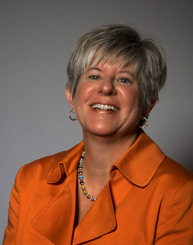 Robin Roane is Director of Telecommunications Services for VCU Technology Services. Robin is responsible for the delivery of telecommunications services, maintaining quality standards of customer service, and successful business management of a full cost-recovery enterprise. She continues to bring technology innovation to VCU through memberships with IAUG (International Avaya Users Group), ACUTA (Association for College and University Technology Advancement), and Cisco’s Customer Connection Program. Robin is an ambassador for community engagement and is a member of VCU’s Council for Community Engagement and Community Connections Committee.

Before telecommunications, Robin worked for an IT vendor leading large scale Unix implementations for federal government customers across the U.S. She holds an A.A.S. in Computer Information Systems from J. Sargeant Reynolds and attended ODU in the Occupational and Technical Studies, Training Specialist program.